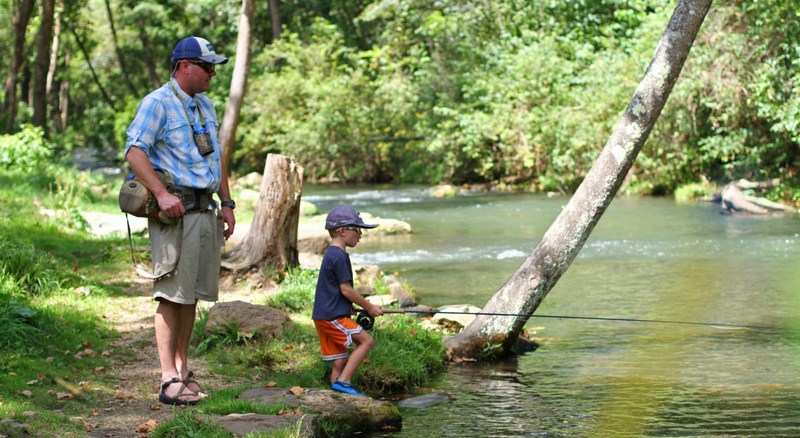 Lovely little Dry Run Creek flowing from Norfork National Fish Hatchery is a catch-and-release stream where only youths under age 16 and mobility-impaired anglers may fish, and where trout must be released immediately after they are caught. Only artificial lures with a single, barbless hooking point can be used. In December 2005, “this little stream that could” gave up a rainbow trout that may have been bigger than the Arkansas state record. An 11-year-old angler from Kansas caught the trout, which was estimated at “somewhere near 25 pounds.” There was no way to officially measure the fish on certified scales since it had to be released immediately back into the water. The trout was caught on a white crystal bugger fly.